If you would like more information about buying, selling or renting real estate Email me at: SCOTT@SCOTTCULBERSON.com. I look forward to helping you to… LIVE LIFE TO THE FULLEST Scott Culberson, Broker Associate, Better Homes and Gardens Real Estate Gary Greene

Next week we will recap and update the month that was July, but this week it’s all about mosquitoes. Our summer hasn’t been too rainy, so you shouldn’t have much standing water to get rid of. If your noticing more than usual mosquito activity in and around your home, it’s time to walk the property and find any standing water. Even a spoonful can be enough for mosquitoes to lay eggs. Bonus tip: LOOK UP, yes, you may have standing water in your gutters. A leafy gutter is a bad gutter so get the leaves out, rinse it out and then the sun can dry it out.
I visited a local garden center and here is a short list of plants that mosquitoes do not like: Lavender, Lemon Grass, Lemon Balm, Citronella, Basil, and Marigolds. Put some of these plants around the doors to your home and that should reduce the likelihood that you will have a hitchhiking mosquito when you come into your home.
If you would like more information about buying, selling or renting real estate Email me at: SCOTT@SCOTTCULBERSON.com. I look forward to helping you to… LIVE LIFE TO THE FULLEST Scott Culberson, Broker Associate, Better Homes and Gardens Real Estate Gary Greene 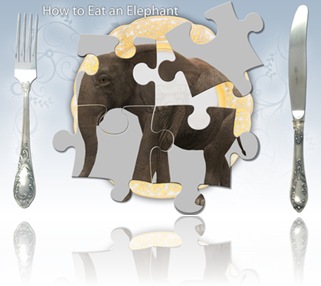 Sometimes you think you’ve bitten off more than you can chew and here I go again. Several years ago I was asked by one of my fellow Scout leaders to head up Summer Camp for the 2009 summer. The Scouts had already made their choice, and the initial reservation payment had been made. It would be my job to make sure the final payment was made on time along with making sure we had a national tour permit, copy of our council insurance, updated medical forms on all fifty-eight people going, adult leaders to go that are trained, transportation, swimmers test taken prior to camp and various things, not to mention the Scouts merit badge class selection. Lots of moving parts. I heard Steven Covey say: “ How do you eat an elephant?” He answered his own question, “One bite at a time.”

I took to reading the Camp Hale Leaders guide and while I did not put it to memory I got my spork and knife and started on the elephant that was Boy Scout Summer Camp 2009. Once I had figured out all the requirements for the camp I started looking for some help and lucky for me there were a lot of people that were ready to lend a hand.

Bite number one was the medical forms and our medical form coordinator was beyond spectacular, everyone should be so lucky. Now the Boy Scouts of America likes its paperwork and the medical forms are no exception, buttttttttt this is a transition year to the “NEW’, “EASIER FORM”. I think I need a bigger knife or a smaller elephant. Joyce, didn’t shudder or complain she had her own knife and spork and started slicing away at getting the medical forms compiled on time. That’s physicals, medication list, and consent form for every scout and adult leader…fifty-eight times. In addition to compiling all this into an alphabetic binder for the camp we tried something a little different. We had a folder for each driver with their rider’s medical forms. The drive was over three hundred-eighty-five miles and crossed over into Oklahoma. This folder also had consent forms, national tour permit, troop insurance and phone numbers for all the adult leaders including the committee chair and Joyce herself. If something were to go wrong that driver could take car of the Scouts in his care. No one can see the future, but we have to follow the Scout motto “Be Prepared” and it’s a good thing we did because we had over seven Scouts come down with a twenty four hour bug while we where at camp and the odds were that the drivers were going to have that bug as a passenger. It happened we did have boys that were still feeling the effects of the bug on the ride home and two confirmed sick once we arrived home; one tenderfoot scout and me.

So many moving parts it was time to get more help. Bill stepped up to help split the boys into the cars they would ride in to and from camp. He also worked on getting adult leaders to drive and getting a trailer big enough to haul all our stuff. Mr. Hall allowed us to use his trailer and that kept us from taking two. With fifty-eight people and a weeks worth of stuff you have to have room to haul it. On top of all that Bill pulled the trailer with his pick up; like I said lots of moving parts.

John took up the charge of being our on site medical officer. He dispensed any daily medicines and when the bug hit he was the one that took the lead on caring for the scouts. David also helped keep an eye on scouts and made sure they didn’t get dehydrated. Lots of moving parts

We had to have all our adult leaders Youth Protection Trained and attempt to get all our Scouts and adult leaders swim tested before we go to camp. Randy took both these projects on and was awesome. He e-mailed and re-e-mailed the adult leaders to get the paperwork needed to show that they had indeed taken the necessary training.

The elephant didn’t taste too good at first, but with the help from a few of my scouting friends we were able to find the right sauce and put that big fellow down. As adult leaders we tackle the elephant so the scouts can work on fun with a purpose. That IS the vision of the Boy Scouts. Everyone had a good time; even the scouts that were slowed down by the bug that was going around. Lots of badges were earned, photos were taken, new friends were made and memories for a lifetime, well their were plenty.

Would I tackle the elephant again? You bet ya, we made a difference in the lives of the future of America. And we can make that difference in Magnolia, Texas, Charlotte, North Carolina and where ever there is a boy that wants to have “fun” the purpose is an added bonus.

When people look for homes they don’t realize it sometimes, but what they are really looking for is a place to call their own WITHIN an area they can call their own.  You may buy the home, but you not only own the home, you also OWN the community.  And that is your quote of the day…

You may buy the home, but you not only own the home, you also OWN the community.

What organizations make up the community you own?  The school district, that’s an organization of learning and that helps your property value.  The home owners association, they make sure the rules are enforced, which encourages people to buy in the neighborhood.  Churches of different religious background are in your community they help keep your moral compass pointing North.  The Lions Club, The Masons, The Optimist Club are all geared toward community involvement and improvement.  The Boy Scouts of America and the Girl Scouts are they active in your community?  Own your community, if your looking for a home, check out the clubs and organizations that are meeting in that community.  If your a Mason, transfer your membership.  If you can’t find a Boy Scout Troop or a Cub Scout Pack, start one up.  You can make your community the best one in the World…………….

ONE BITE AT AT TIME…THEN YOU WILL BE

LIVING LIFE TO THE FULLEST,